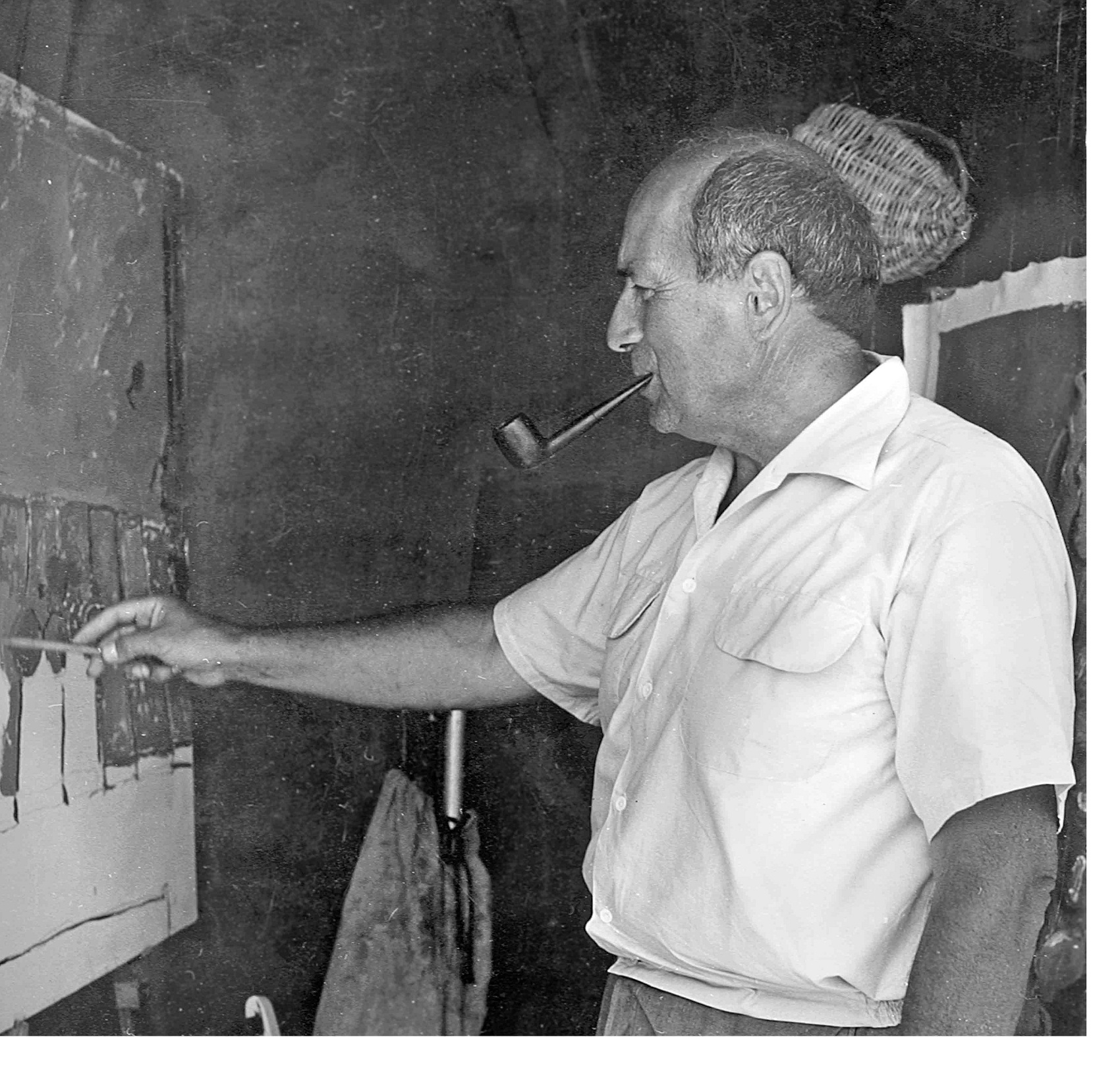 MARKO ČELEBONOVIĆ (Belgrade, 22/11/1902-Saint Tropez, 23/7/1986)
Čelebonović was born in Belgrade in 1902. After the outbreak of World War I he went with his family to Switzerland, where he finished high-school. From 1919 to 1921 Čelebonović studied Law and Political Economy at Oxford University. Towards the end of 1921 he moved to Paris to continue legal studies at the Sorbonne (graduated in 1922) and attend Antoine Bourdelle’s course in sculpting at the Académie de la Grande Chaumiére. Since 1923 Čelebonović was actively engaged in painting. He presented his works for the first time in 1925 at the Salon des Tuileries and his first solo show was organised in 1926, in Paris at Galerie Campagne Première in Paris. In 1937 his first solo show in Belgrade was held at the Art Pavilion Cvijeta Zuzorić. In 1925 he moved to Saint Tropez where he remained for the most part of his life. At the beginning of World War II Čelebonović was in France where he joined the French Resistance and became a member of the French Communist Party in 1942. Together with his brigade he took part in 1944 in the fights for the liberation of Southern France. Towards the end of WWII he joined the Yugoslav mission as liaison officer at the HQ of the Allied High Command of General Eisenhower. From 1947 to 1959 he lived in Belgrade, where he worked as a professor of painting at the Academy of Fine Arts, but also spent three years as Councillor in the Yugoslav Embassy in Paris (1949-1952). He returned to France in 1960 and spent the last decades of his life painting in Saint Tropez. From the mid-twenties Čelebonović participated in numerous exhibitions in Yugoslavia and abroad. A large number of solo exhibitions were organised mostly in Belgrade and Paris. He was elected a corresponding (1958) and full member (1968) of the Serbian Academy of Sciences and Arts in Belgrade. During his lifetime he received numerous awards and was a member of the following groups of artists: Form, Twelve Artists and The Independent. He passed away in 1986 in Saint Tropez.