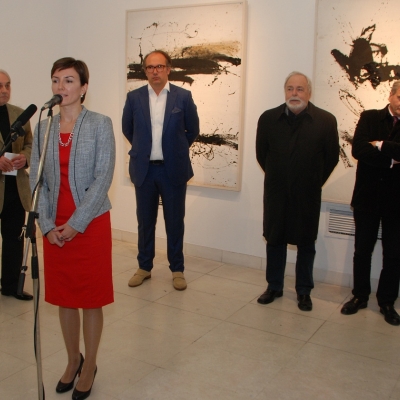 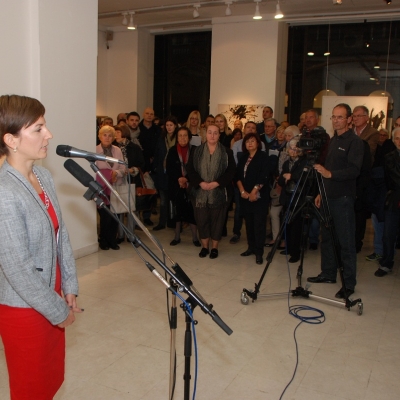 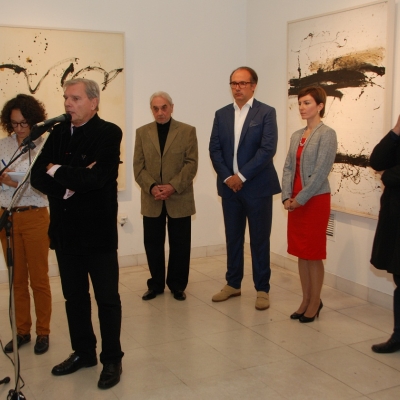 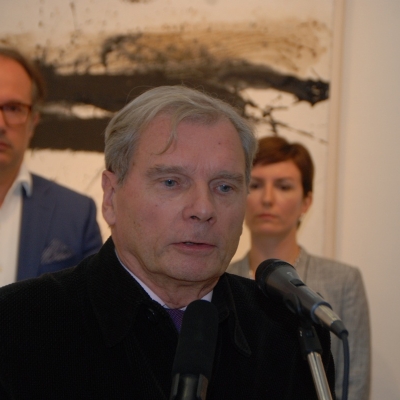 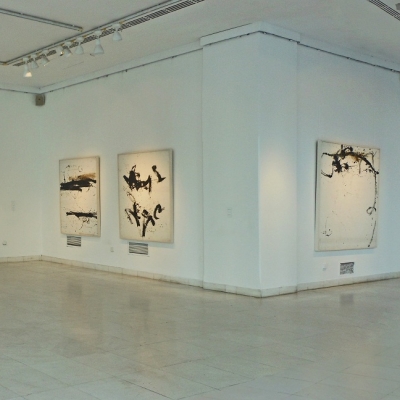 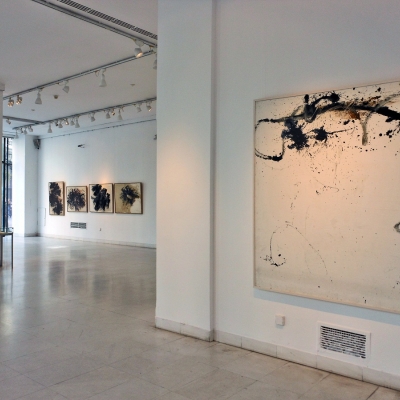 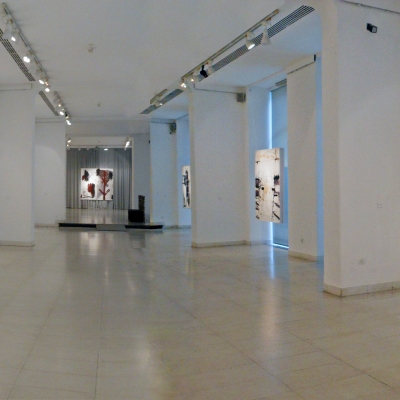 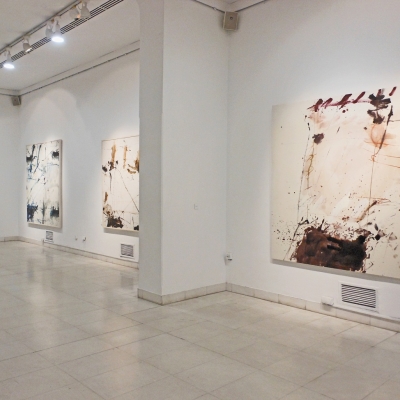 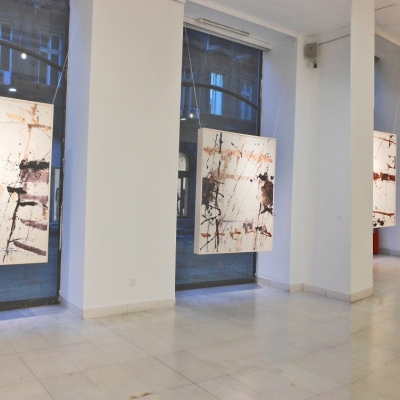 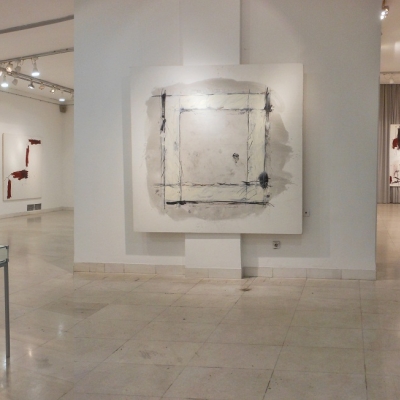 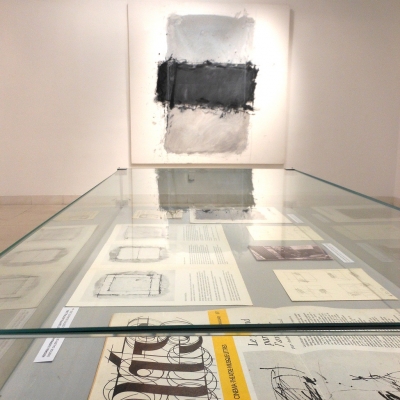 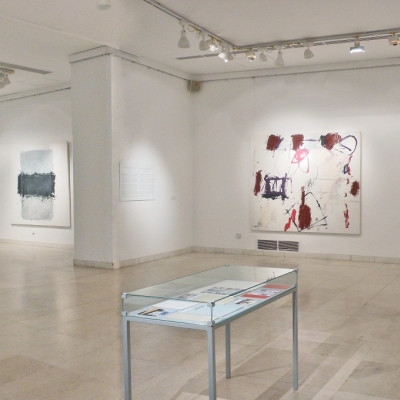 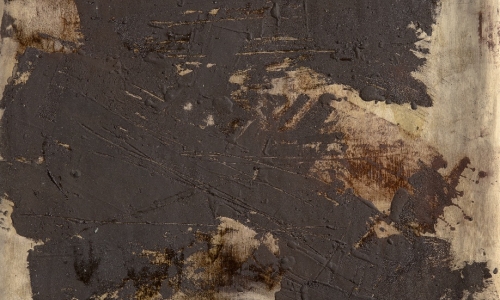 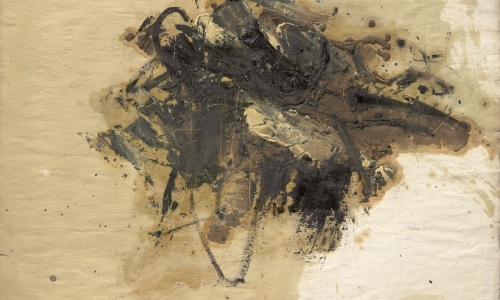 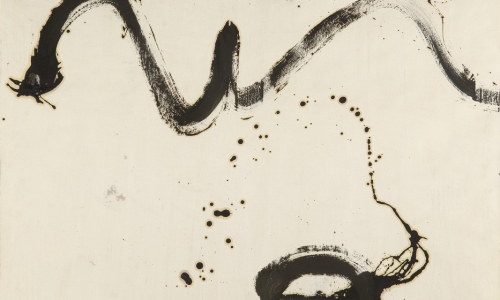 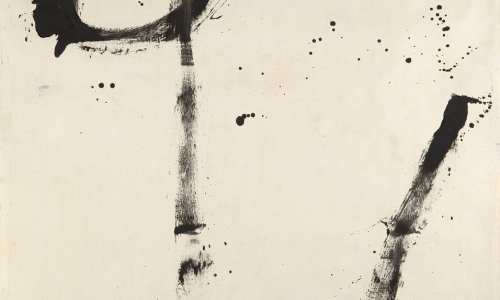 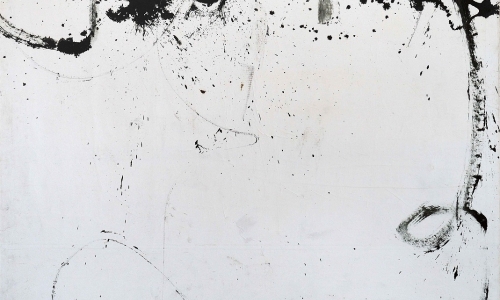 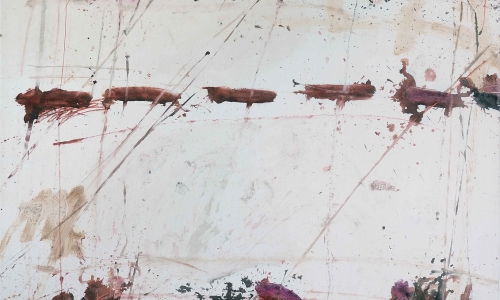 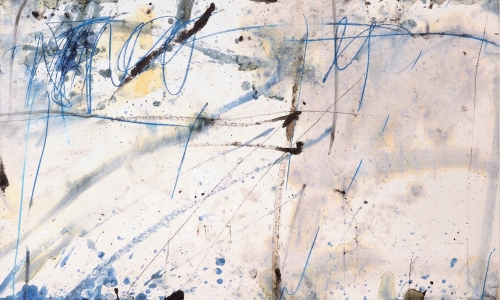 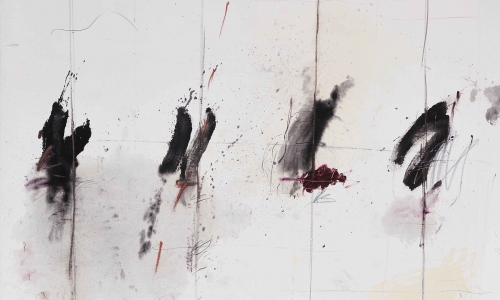 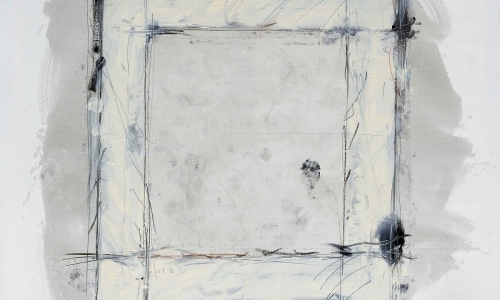 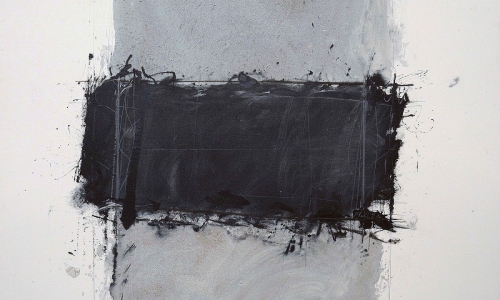 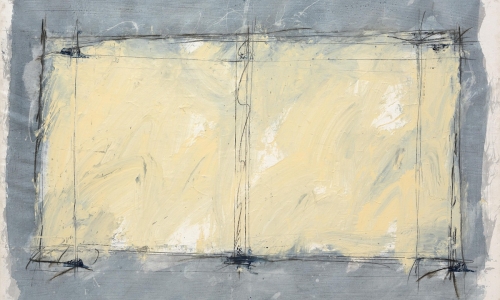 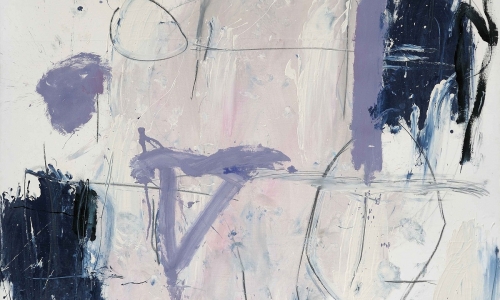 Life in Belgrade in the 1950s had a significant influence on Ivačković’s choice of art as future occupation. As a student of architecture he was seriously engaged in music, becoming one of important personalities on the Belgrade jazz scene, known as Đoka Bop. At the same time he visited exhibitions of foreign art organised in Belgrade in the fifties. At the exhibitions of contemporary French  (1952, 1958) and American art (1956, 1961/62) he saw for the first time the works of abstract painters such as Soulages, Hartung, Mathieu, Zao Wou-Ki, Kline, Pollock, De Kooning and others, who left such an impression on him that he decided on art as his future occupation.

After finishing the compulsory military service in 1956, and after several years of wavering between architecture, music and painting, Ivačković finally decided on painting. Since he had found his paragons in foreign artists he travelled through Europe to get acquainted with contemporary tendencies in the art of Western countries. He was in Italy in 1957 and in Germany in 1959. He was painting all the time: at first some specific stylistic exercises after the artistic patterns of his chosen models; later on he gradually made his own selections and combinations of visual art elements, working on his authentic painterly language. In his diary, written from the early fifties on, Ivačković recorded his feeling of restriction in Yugoslavia and his wish to go to a place where he would be at the source of his painterly interests. He chose Paris, moved to the City of Lights towards the end of 1961 and settled there permanently.

Before leaving for Paris Ivačković did not exhibit his works and he was not publicly recognised as a painter.

Ivačković organised his first solo show in Paris in 1963 in the Gallery Le Soleil dans la Tête. That was the beginning of his friendship and cooperation with the art critic Jean Jacques Lévêque and visual artists who were jazz musicians, just like Ivačković. On many occasions he took part in exhibitions that gathered painters inspired by jazz, and in the late sixties he was one of the participants in specific multimedia evenings organised during the French tour of Phil Woods. While Woods’ band was playing Ivačković painted his big format paintings in front of the audience. Although most explicitly manifest in the sixties, the connection between jazz and abstract painting remained in the following decades a permanent and crucial element in Ivačković’s understanding of art.

The international Biennial of the Young in Paris in 1965 brought Ivačković his first great success. Invited by French young art critics eight painters got the chance to exhibit their works in the grand entrance hall of the City of Paris Museum of Modern Art. Ivačković was among those selected and he exhibited three big format paintings 260×240 cm. His appearance at the Biennial was greeted with exceptional reviews in Parisian papers.

This successful participation at an international manifestation drew the attention of gallery owners from Paris and art critics began to follow and analyse his works with particular dedication. Non-figurative and specifically gestural, Ivačković’s painting was recognised in Paris in the sixties as a specific form of abstraction of the expressionistic milieu.

He was invited in 1966 to take part in the exhibition Springtime in Paris which opened at the Gallery Cimaise Bonaparte (today the renowned Gallery Daniel Templon). The following year, in the same space he organised his second solo exhibition.

His presence at the Paris Biennial made Yugoslav professionals also aware of a painter who was completely unknown in the country of his birth but already a favourite of the young art critics from Paris. Soon after the Biennial Ivačković took part for the first time at an exhibition in Yugoslavia – the Third Triennial of Visual Arts, in Belgrade in 1967.

After his participation at the Triennial in 1967 and 1970, and at the October Salon (in 1969 and 1970) he organised his first solo exhibition in his fatherland. It was held in the Youth Club Gallery in Belgrade in 1971 and marked the beginning of local interest in his painting.

For Ivačković, the seventies were the period of a most intensive exhibition activity. The artist was regularly present at important visual art manifestations in France (May Salon and the Salon of  Renowned and Young Artists in Paris, the Salon in Montrouge) and in Yugoslavia (Triennial of Visual Arts and the October Salon in Belgrade, the Autumn Exhibition in Sombor, the Nadežda Petrović Memorial in Čačak, the International Salon in Banjaluka, International Exhibition of Drawings in Rijeka). In this period he organised seven solo shows (four in Paris, two in Belgrade and one in Dubrovnik) and established a permanent cooperation with the Paris Gallery Nane Stern that represented him at the FIAC, the most eminent French fair of contemporary art.

At the same time, Ivačković painted fervently and his works entered a new phase called by the artist himself the phase of conceptual paintings. Although his gestural method was still evident, the artist emphasised the structure of the painting and insisted that the only contents of the work should be visual art elements and their pure relations. Since then the white colour of the foundation and the square format of the paintings have been the trademarks of his opus.

French art critics recognised Ivačković as a prominent artist and all of the important French papers regularly printed reviews of his exhibitions, while professional magazines published studious analyses of his painting. In 1973 the French Ministry of Culture accorded him the use of a studio in a prestigious part of Paris.

Between the first and second solo exhibitions in Belgrade (1971, Gallery of the Youth Club – 1977, Salon of the Museum of Contemporary Art) Ivačković’s paintings entered the collection of the Museum of Contemporary Art and were regularly displayed at exhibitions of Yugoslav contemporary art which, in the seventies and eighties, toured Slovenia, Macedonia, Hungary, Germany, Italy, Belgium, Luxemburg, the Philippines, New Zealand. Although in this period his painting did not yet receive adequate critical appraisals in Yugoslavia, it had become, owing to museum mechanisms, an element of Yugoslav and Serbian art history.

The new enthusiasm in creation was accompanied by new exhibitions in France. He organised three solo shows in Paris (in the Nane Stern Gallery, 1982 and Leif Stahle Gallery, 1986 and 1988), two in Toulouse and one in Lyon. Galleries continued their representation of his painting at the FIAC and the fairs in Basel and Stockholm. He took part in a number of group exhibitions and the most important visual art manifestations in Paris, and in 1983 he received the grand prix for painting at the renowned Salon in Montrouge. In 1986 the Highway Association purchased his painting (previously displayed at an exhibition in the Leif Stahle Gallery) and used it as model for a big mosaic placed in 1991 by the AutoRoute du Soleil in France.

By the beginning of the nineties, French daily papers, professional magazines, catalogues and books had already published texts on Ivačković by some of the most eminent French art critics, such as Georges Boudaille, Paule Gautier, Pierre Cabanne, Jean-Luc Chalumeau, Michel Faucher and others. However, in Yugoslavia, only his solo exhibition in Belgrade in 1988, which was then showed in Novi Sad, Zrenjanin, Zagreb and Ljubljana, brought forward more studious interpretations of the basic postulates of Ivačković’s painting in text by Ješa Denegri. More fundamental theoretic analyses and more frequent exhibitions of Ivačković’s works were hindered by the general tragic circumstances that befell Yugoslavia.

The last three solo shows of Ivačković’s paintings, organised in the Gallery Studio Kostel in Paris (1994, 1997, 1999), were dedicated to his works from the sixties and seventies. By the end of the nineties he had stopped exhibiting his latest paintings and after 2000 he gradually ceased to paint. He lived away from public life and did not participate in exhibitions until 2009 when his paintings were shown in the Belgrade Gallery Arte. His last solo exhibition was organised in 2011 in the RIMA Gallery in Kragujevac.

Ivačković died suddenly in Paris, in 2012, without having realised the plans about a comprehensive retrospective presentation of his works.