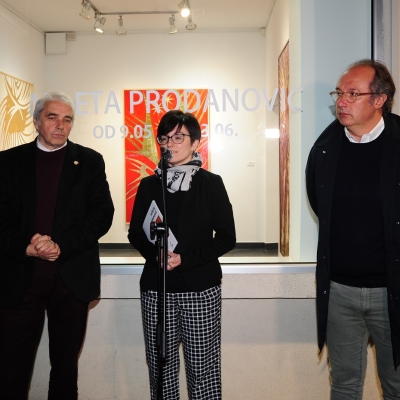 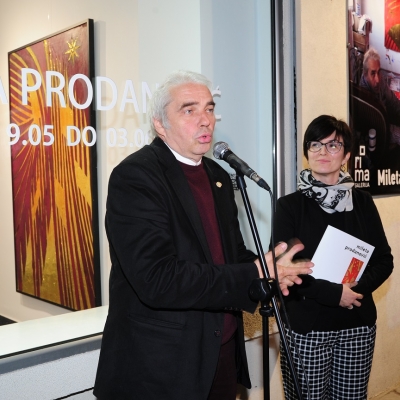 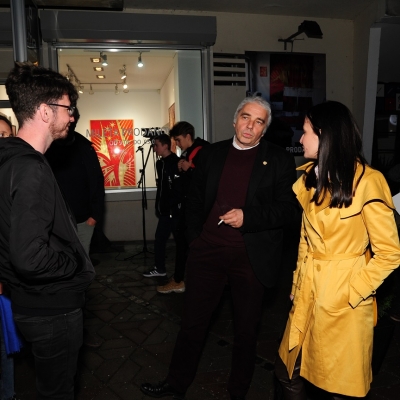 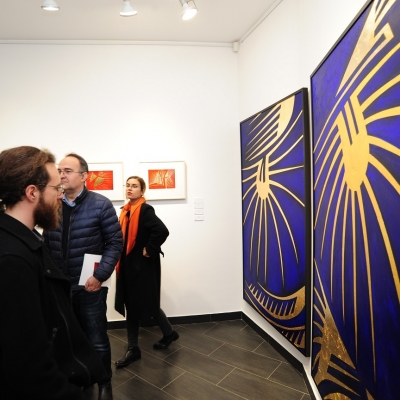 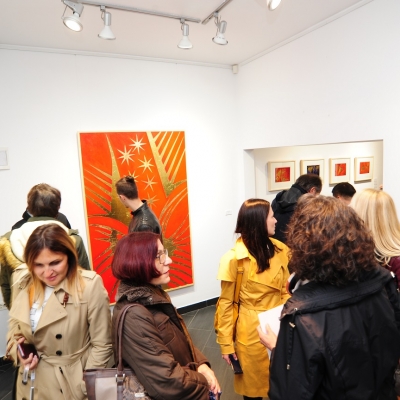 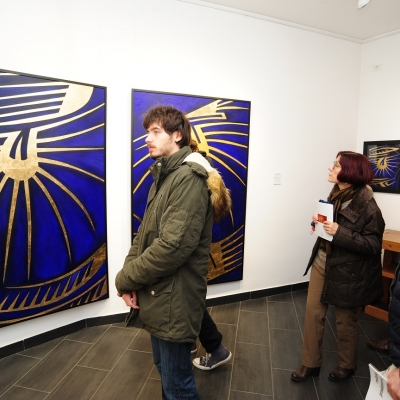 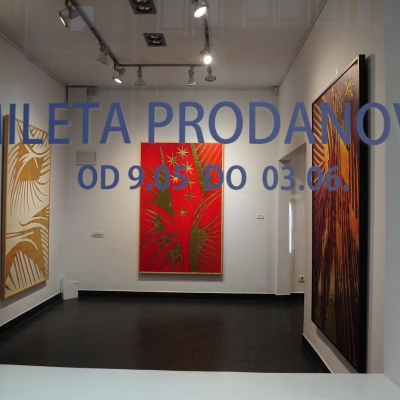 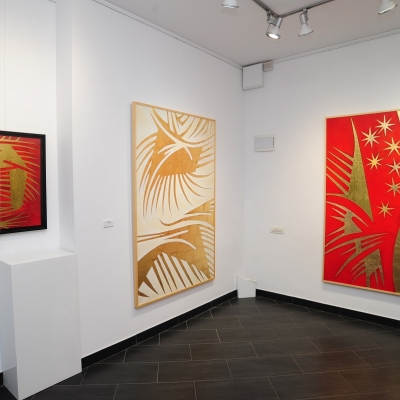 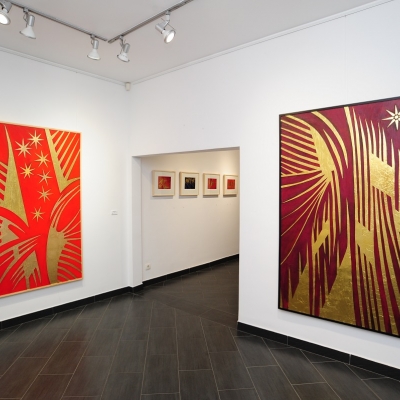 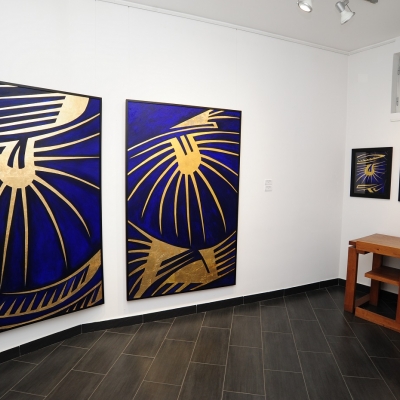 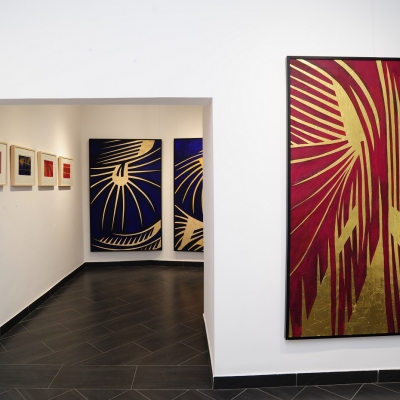 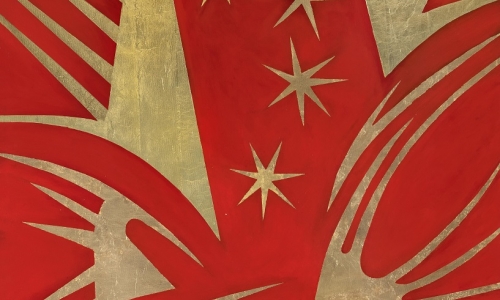 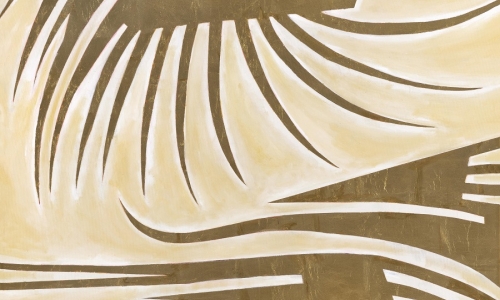 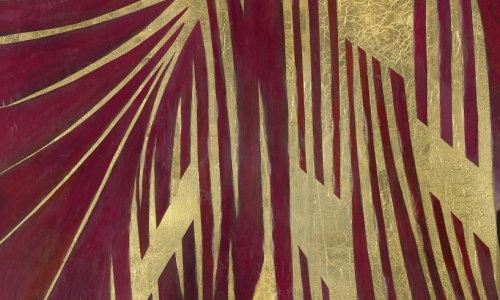 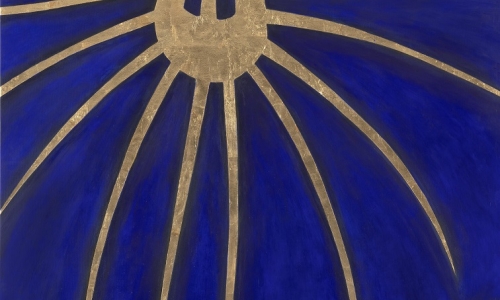 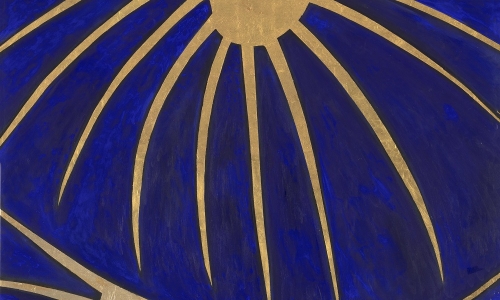 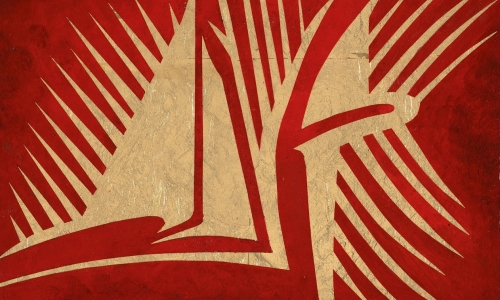 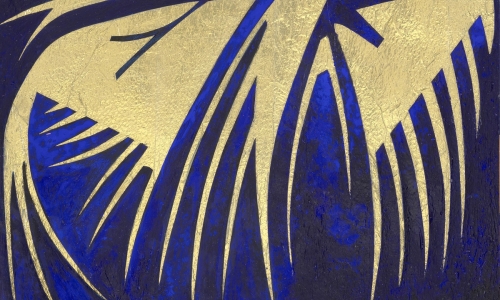 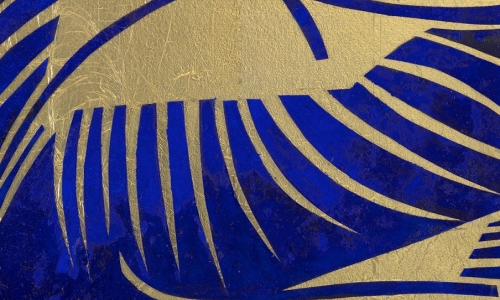 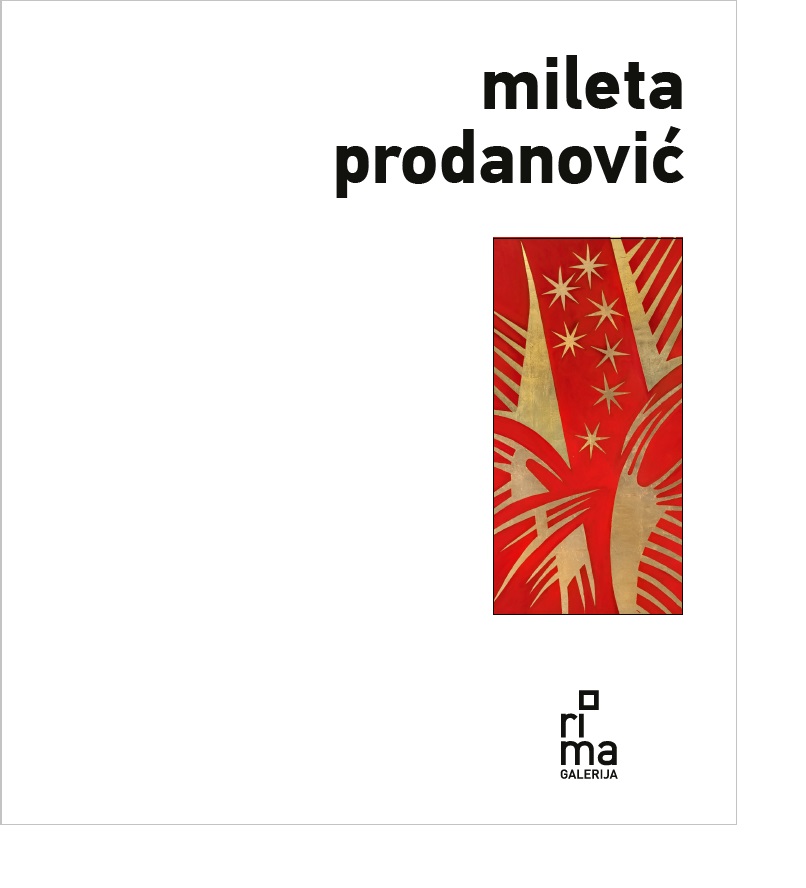 “The invention of a painting” is characteristic of Prodanović’s entire conceptual and painterly method. This time, he uses the procedure of enlargement or total blow-up, absolutely concentrated on a certain detail of a specific sacred image, big-format icons: The Kahn Madonna and The Melon Madonna, both from the National Gallery in Washington D.C.(1) The Kahn Madonna or Virgin enthroned with the Child (a type of Hodeghertia) is most probably of Byzantine origin (from Constantinople) from the thirteenth century. The Mellon Madonna is considered to be somewhat older (Virgin on curved throne with the Child, also from thirteenth century) and its origin is the same or similar but it is not known whether it had been brought from Constantinople or was painted by a Greek master from Cyprus or in Italy. Perhaps at this stage an exact attribution of authorship or place of origin might be less important than the fact that they both are “the results of a multicoursal transfer of visual representation models that took place in the Mediterranean world in the thirteenth century”, as Ana Bogadanović states.

Ecphrasis, in short, by the sheer power of the narrative, makes us see as a mental picture what has been described in language. It is no longer the issue of words enabling us to see, but to make the seen (painted) tell a fragment of the narrative of the object-figural entity in the language of the objectless. In that regard, these are yet the most mature, most successful of his paintings (that we can understand as a far echo of Iconoclastic tablets), now ripe, purified, simple compositions and forms. Narration by blow-up and usage of gold as the carrier of rhythm on the monochromatic background represents an original procedure in the opus of Mileta Prodanović. Disaccustomed for a long time from unicursal narration (both in painting and literature) he seems to close a certain circle of creative movement by reversing the meaning of ecphrasis. However, he does not do that, and proclaims a fragment of the whole for a separate entity – a symbol of the wholeness of a painting, of an icon or the world. Thus, he turns it into a painterly procedure not involved in an exact description during the blow-up of details, but in the creation of a new picture based on the detail. Ecphrasis is transformed not only into an inversed method, but into a completely novel image of a new and different identity, and in its invisible source there is a quotation, an appropriation and iconoclasm. The new or “invented” picture of the Middle Ages Mileta Prodanović has been offering to us for decades represents in his latest cycle an abstraction produced by the procedure of extraction and enlargement of the (only seemingly) objective.

(COMPLETE TEXT IN THE EXHIBITION CATALOGUE)